While going through some old slides — yes, slides…you remember those little film snippets? — I came across this 1982 Kodachrome 25 image of American elms, taken on a winter twilight.  For all you youngsters out there this was an ISO 25 film, and was recognized as one of the sharpest, finest grained films around.  This piece of film, or one of the duplicate frames I shot on location, was professionally scanned when I first stared using Photoshop in early 1994. 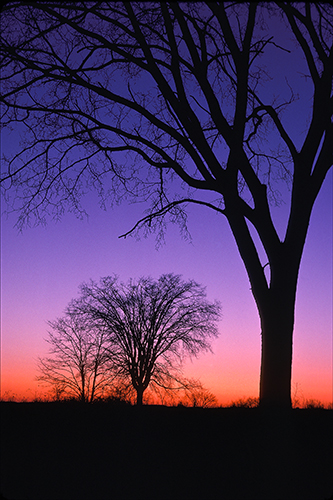 But today when I inspect the scanned image at 100%…well, it is a sharp film but look at the grain. 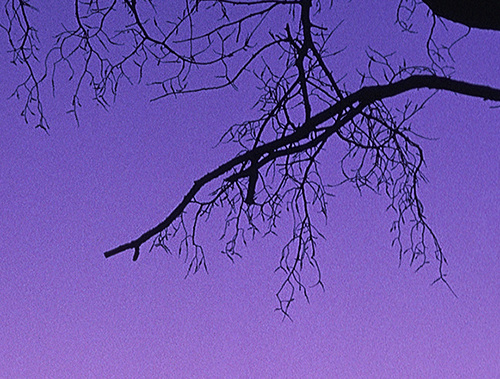 Times have certainly changed.  With my current cameras I routinely use ISOs five or six stops higher, and see less noise than the grain showing in this K25 image.  Of course, back when I started, high-speed Ektachrome was all of ISO 160, with special push processing available to get to 400.  I have to say it, I don’t miss using film.

This entry was posted in Gear.