How much of a subject should be included in the image?  That’s always a compositional question: exactly where should you position the edge of the frame?  When shooting with a fixed focal length lens, you really don’t have a choice unless you can physically change your location.  If you’re using a zoom lens, you have an almost unlimited choice.  Of course, no matter the lens you could always crop the image afterwards, but all cropping is lossy and personally I hate to throw away data.

So just how much, or how little, needs to be included?  Consider these two images.  Your thoughts?  Is the roller too small in the frame, the elephant too tight?  What do you think? 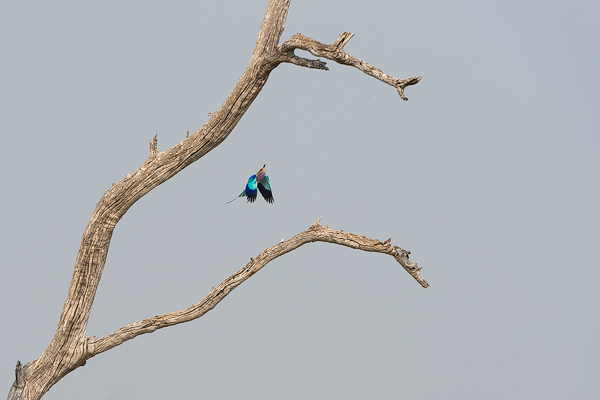 I was recently in a photographic situation where high ISO was required.  I was shooting with a group, and I was asked as to the highest usable ISO.  My answer:  it  depends on several factors.

I suggested that everyone run one simple test.  Mount the camera on a tripod, and shoot the exact same scene, changing the ISO by one stop between frames.  Since ISO values work in straight numerical doubles, this means simply doubling the ISO number every time: 400, 800, 1600, 3200, etc.  Open the resulting images, and decide for yourself what is acceptable. It doesn’t matter in the least what you actually photograph, as this is only a test.  Subject matter is no big deal.  You just need to know how far you can push the ISO and still get acceptable results.

Easy, right?  The next day we were, as expected, in the same situation where higher ISOs were needed.  I asked the group how many of them had run my suggested test, since we had known exactly what we were going to be photographing on the new day.  The answer: no one, none, nobody.

Folks, you gotta take some responsibility here.  You really need to run some tests, and testing some basic concepts is not difficult to do.  Just shoot some comparison frames.  Test IS/VR on and off, at both fast and slow shutter speeds.  Test for the lowest shutter speed you can handhold and get acceptable results.  Test long exposure noise reduction on and off.  Test TTL fill flash settings.  Don’t believe anything you read on the Web — including what I say — until you’re tested with your equipment, and your reasons for photographing, and your criteria for what is “good.”

Like I said, it doesn’t matter what you photograph.  Here’s a 1:1 crop from a shot I took in my garage.  Great image, huh?  But it would work fine as an ISO test.  And speaking of which, just what ISO was used?  Hint:  the camera was my Nikon D4. 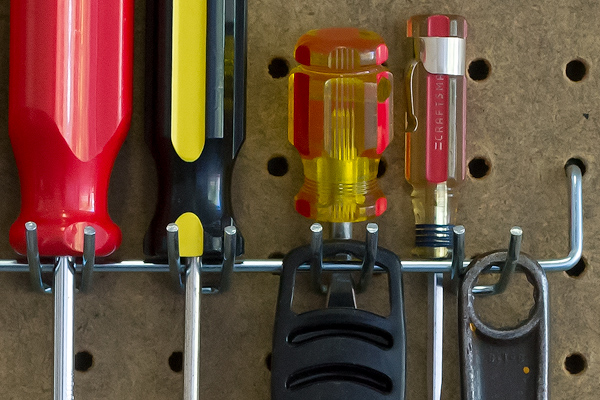 In a recent discussion with three other photographers, I commented that I’m constantly changing how my cameras function, depending on my subject matter at any one particular moment.  I was rather surprised when the others responded that they never did this.  All three said the only change their ever made was to the ISO in use.

To be honest, I was rather shocked.  Was I really the odd man out here?

So what changes do I make?  (Some of my answers are specific to my Nikons.)

ISO.  I certainly do change the ISO, especially when I need a faster shutter speed.  At times I turn on Auto-ISO, where the camera sets whatever ISO is needed to maintain my selected shutter speed/aperture combination.

MOTOR DRIVE RATE.  I use the fastest frame rate for critter work, single frame advance for everything else.

MIRROR LOCKUP.  “No” for moving subjects, “yes” for everything else.

METERING PATTERN.  Matrix (evaluative) most of the time, Spot for precise areas.

THE IN-CAMERA TIME AND DATE.  I rename my files when I download, using YYMMDD at the beginning of the file name, which automatically organizes my files chronologically.  I change date and time as I travel, so that all the files match my itinerary.

EXPOSURE DELAY.  I use a remote release whenever possible, but often use the 3-second delay mode for totally static subjects (where I’m not trying to time lulls in the wind or other movement).

EXPOSURE MODE.  While most of the time I use Aperture Priority, I change to Manual exposure when I want to maintain a given exposure value.  For example, consider a dark bison in winter snow.  If the light is not changing, there is one correct exposure value.  But a fairly wide shot would be mostly white snow, while a tight shot would be mostly dark bison.  Any autoexposure mode would change the exposure depending on how much of the frame was light-toned or dark-toned, but manual exposure would be consistent.

CROP MODE ON MY D800E.  Full frame most of the time; 1.2X crop when I know I will be cropping a bit in post-processing (the smaller file size also gives a slightly faster frame rate, while making the buffer clear a tad quicker).

AF MODE.  I use single point AF for landscapes and static subjects (although generally I’ll also manually tweak focus).  For moving subjects, I almost always use 3D focus tracking, which automatically shifts the primary focus point to follow the movement of the subject.  This is my favorite action AF mode, as I can concentrate on composition and don’t have to keep an AF point centered on the subject.  If I switch from 3D AF, it’s to 21 point AF.  In this mode I have to select the primary AF point, which works best when I know exactly which way the subject will be moving across the frame.  I can’t imagine myself using the same AF mode for all my work.

So what do you do?

If you’re a Photoshop user, you’ve undoubtedly heard about the Adobe announcement that from now on all new versions of Photoshop will be by subscription only.  You download the software, and it resides on your computer, but if you don’t pay the subscription fee the software deactivates.  Potentially this means that you might not be able to access your images.   Subscribe for a while, save a master layered image, and only by paying the subscription fee can you get back in to work with that layered file.  Yes, it’s on your computer, but of no use.  In short, it seems to me you have two choices:  (1) pay the subscription fee, and keep paying it forever, even with price increases; or (2) stick with PS CS6, the current version which you can purchase outright.  The problem with (2) is what happens if you buy a new camera, not supported by CS6, or get a new computer with a new operating system on which CS6 will not run?  You could keep your current gear, but I for one am certainly not at the point of saying that the cameras and computers I presently own are my final cameras and computers.

Adobe has different pricing schemes, and for those who use multiple Adobe products the cost per month makes some sense.  But I don’t.  I use Photoshop, and occasionally InDesign, and the latter is an older version which I have no plans to upgrade.

But…there is a small glimmer of hope, especially if you’re a Lightroom user.  Lightroom was designed specifically for photographers, while Photoshop was not.  Here’s a long forum piece which in my opinion is well worth a read:

In case you don’t know the players, Thomas Knoll is the original creator of Photoshop, Eric Chan is the chief engineer on Adobe Camera Raw, and Jeff Schewe is a photographer/developer closely connected to Adobe.

Marissa Mayer is the CEO of Yahoo, and Yahoo owns Flickr, the popular photo website.  Referring to changes at Flickr, she commented:  “…there’s really no such thing as professional photographers anymore.”

Really?  Guess I didn’t get the memo telling me I was no more.